Gibson, who also went by the pseudonym Sasha of the Valley, appeared to have died in her sleep, according to TMZ.

The aspiring singer ran her escort agency to the rich and famous in Los Angeles throughout the 1980s and 1990s and was convicted in 2000 of operating an international prostitution ring.

In the aftermath of her prosecution, a list of her celebrity clients was made public in her bombshell tell all ‘Secrets of a Hollywood SuperMadam.’ 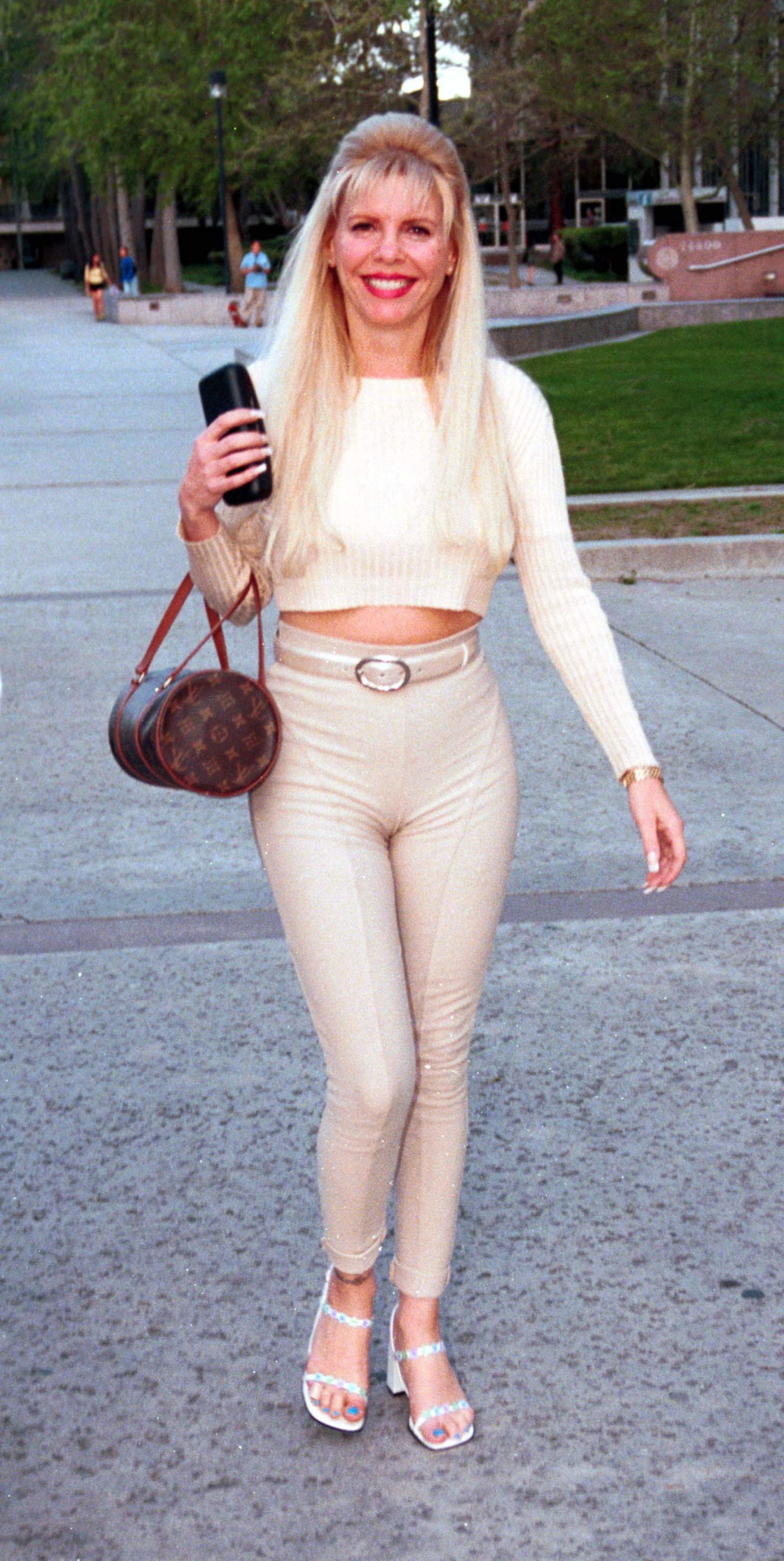 Willis, Barnes and Lasorda denied any associations with Gibson’s business.

‘The story is a complete fabrication,’ said attorney Marty Singer on behalf of Willis, his cline, to the LA Times.

While she was sentenced to three years in jail, she only served two and was released in 2002.

In the years since her release, Gibson had apparently moved out to the desert with her husband, Eric Markel.

She was open about her life running the escort service, publishing two subsequent books about her sexcapades, ‘Convicted: A True Story,’ and ‘Seduced: Diary of a Double Dealing Spy.’

She starred in the horror film ‘Evil Laugh’ and guest starred on the show ‘Up All Night.’

Police responded to a call from one of Gibson’s family members in her Yucca Valley home around 11am Sunday, TMZ reported.

Gibson appeared to have died in her sleep and she was pronounced dead at the scene.

No foul play has been suspected.

Markel told the publication that her death was an enigma – while she was not suffering from any disease, she had recently lost a staggering 87 pounds.

He added that he believes that Gibson passed from ‘exhaustion,’ as the couple was in the midst of a lawsuit involving the sale of their home.