SELENA GOMEZ TOPLESS PICTURES LEAKED: While The Images Of The Actress Went Viral, Fans Jumped To Her Defence

Actress Selena Gomez topless pictures leaked and as with any leak, have gone viral on the web.

Fans stood by their idol, and flocked to protect her.

While some fans massively publish various photos of the star in the hope of hiding her leaked nudes, others write angry comments on her friend’s Instagram.

This is due to a video which was allegedly leaked.

People believe the other girl herself posted the explicit videos, or her smartphone was hacked. 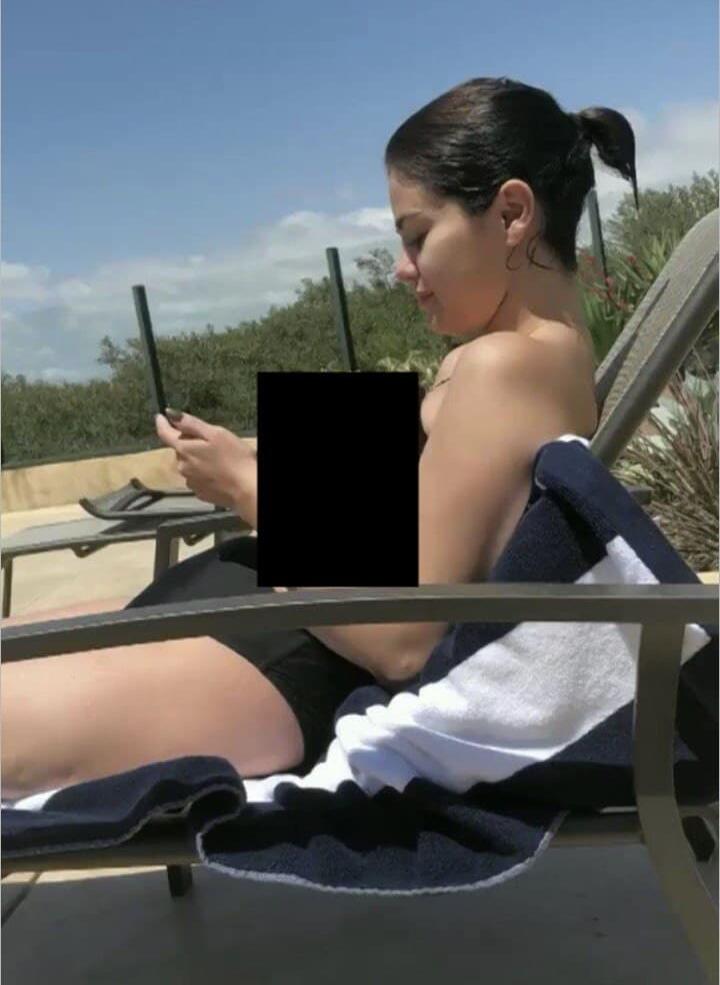 It’s hard to say what became the primary source of the personal shots, but they began to go viral on Reddit in sections about candid photos and videos of celebrities, as well as on Twitter.

In one of the videos, the star is relaxing by the pool in a topless swimsuit.

Apparently, Selena knew the cameraperson and trusted them, because judging by her behaviour in the frames, she was not surprised by the shooting.

SEEMED OK WITH THE SHOOT

In other shots, Selena is lying in bed, apparently with her girlfriend, covering her chest with her hands. 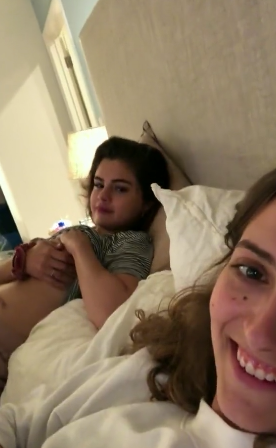 After the footage hit the web, loyal fans began to defend the singer, trying to prevent the spread of the intimate videos through massive spam of Twittersphere.

Fans were writing the phrases ‘Selena naked,’ ‘Draining Selena,’ while publishing other shots of the star in order to prevent people stumbling upon the video with the naked celebrity.

Some fans are sure that the reason for the leaked intimate videos were Selena’s friend, Anna Collins. 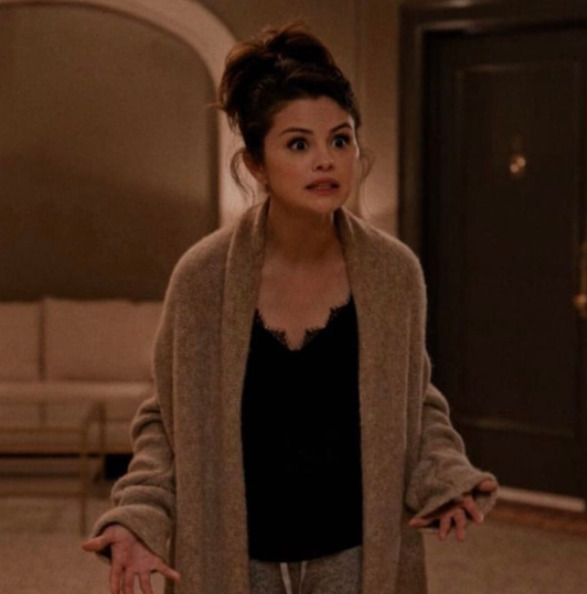 Apparently she lies in bed with the singer, while filming them both on the front camera.

Although the girl’s guilt has not been proven, many fans have already criticized her on Instagram.

Some believe that she should not have recorded the intimate moments with Gomez in the first place.

Other fans assume that the star’s friend didn’t publish the footage with Selena.

In their opinion, hackers got access to Anna’s iCloud. 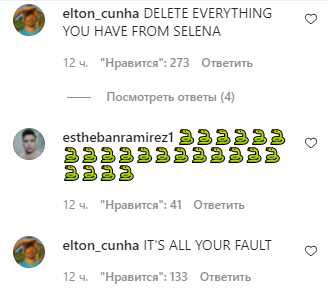 Yet many social media users believe that Gomez’s friend could be responsible.

‘They are so personal that I would kill this man for such an act.’

‘Here the friend is also to blame, who writes down and keeps this.’

‘Well really… I just have no words.’

Scottish Woman Is Being Paid To Watch Pornography

Mrs And Ms Robinson Are Mother And Daughter OnlyFans Models

MAFSA Stars Jackson And Olivia Have Created An OnlyFans

Aussie Sports Star Is Funding Her Career With Adult Modelling

Scottish Woman Is Being Paid To Watch Pornography

Mrs And Ms Robinson Are Mother And Daughter OnlyFans Models

Twitch Streamer Is In Fear Of A Crazy Stalker